I offered unsolicited advice to Volkswagen at its 56th General Assembly: the printouts of three previously unpublished patent applications.

(deutsche Version)
I offered the printouts to Matthias Mueller, Chairman of the Board of Management of Volkswagen AG. Bibliographic data of the patent applications combined with informal summary of problem to be solved:

Wether the Printouts really pierced the firewall which isolates the board from its Environment? I don’t know. Maybe they went directly to the dustbin. The conditions at general meeting were difficult. Chairman Poetsch apparently did not appreciate fruitful communication.

Just another unsolicited advice I would like to offer to any freelance inventor:

Don’t try to sell your inventions in the context of a general assembly. 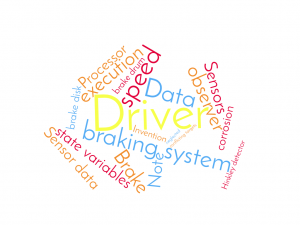